Sometimes disputes over the paternity of a child will have to be put to the test by application to the court. An alleged father may want to know for certain whether or not he is the father of a child. Similarly a mother may also wish to know the father of her child for certain following an indiscretion, one night stand or where there have been multiple relationships. Furthermore a child of a certain age might also want proof of his or her parents.

A declaration of paternity can be given by the High Court, a County Court or a Magistrates Court under the Family Law Act 1986 Section 55a. There is a requirement that the person applying is domiciled in England and Wales. The court can refuse an application if it considers that the person applying does not have a sufficient interest in the question being determined or if it is thought that a determination is not in the best interest of the child.

The application process is commenced by filing a petition with the court which must show:

The court may then order that paternity tests are carried out to determine whether or not a party to the proceedings is the mother or father of the child. The tests will usually be ordered to be carried out by one of the accredited testers approved by the Ministry of Justice.

One thing which needs to be remembered is that the court can only order that a test is carried out when there is an application for a determination by one of the interested parties. It cannot order tests in proceedings for any other purpose.

The European Convention on Human Rights bestows a number of rights on parents but in particular provide a right for a child to know its true identity. The court will always have in mind what is best for a child and knowledge of its true parents is a fundamental right.

When an application is made by a child it will usually be with the help of an independent adult who will act as litigation friend. If appropriate the official solicitor may be appointed to protect the child’s interests.

Sometimes a party will refuse to co-operate with providing samples for testing. A refusal will not be taken as determining the issue but cannot fail to influence the court’s decision. It will draw an inference from a refusal to submit to tests. 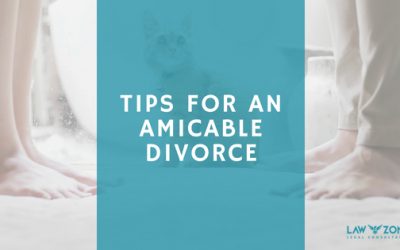 Tips for an amicable divorce

Divorce will never be easy but it doesn't have to be stressful, expensive and time consuming. If you approach it in...

Cohabitation and living together At the end of a relationship, unlike married couples, cohabitees and those who have...

Living together: steps to protect yourself