Work can be stressful, but sometimes it is unduly so. Where a workload and demands placed by an employer on an employee are excessive, there is a duty upon that employer to take action to remedy the situation. If they do not do so, the employee may be entitled to claim compensation.

A number of factors can trigger stress. The difficult economic climate and risk of unemployment is one. The risk of redundancy can be more stressful than actually losing the job. Another prevalent stress trigger in a recession is increased workloads and the reduction in backup support.

Stress is not in itself an illness or psychiatric disorder. It has been described as ‘an excess of demands upon a person over and above their ability to cope’. It leads to anxiety and depression, and may often bring about disabling conditions such as dyslexia and epilepsy.

Although an employer is entitled to expect an employee to cope with the ordinary pressures of the work he or she is paid to do, there is an obligation for the employer to take action when it is brought to his attention that this is not happening and the work has become unduly stressful. If actions to remedy the stressful conditions are taken, it is unlikely that the employer will be held at fault. In the leading case of Hatton it was said that an employer who offers a confidential advice service, with referral to appropriate counselling or treatment services, is unlikely to be found in breach of duty towards the employee.

Recent cases, however, have shown that an employer needs to do more than just offer counseling services when made aware that an employee is suffering from stress. In the case of Intel Corporation (UK) Ltd v Daw, Mrs D had made her employers well aware that overwork was causing her stress. Counseling was made available, but the Court of Appeal held that this was insufficient. It would not have resolved the problem. There was a duty for the employer to take action such as reducing and reorganising the workload once they were aware of the harm being suffered to Mrs D.

In another case, the employer was told by the employee that she was ‘cracking up’ under the pressure of the job. She asked for a six-month sabbatical, but instead was offered counseling. When she suffered a complete breakdown the employer was held liable.

For an employer good employee communication is the answer to avoiding a claim. Regular appraisals should be conducted to identify any problems before they become an issue. A good employer should also be able to identify the employees most at risk of suffering stress. These tend to be the most conscientious of the workforce. The perfectionist is more likely to be vulnerable to stress than a less meticulous worker. Counseling services should certainly be offered and made available but, as was said in Hatton, this does not make such services a panacea by which employers can discharge their duty of care in all cases.

'Every person who enters into a learned profession undertakes to bring to the exercise of it a reasonable degree of...

I have issued my Claim-What next?

Once you have issued your claim, within 14 days of receiving (being ‘served’ with) your particulars of claim, the... 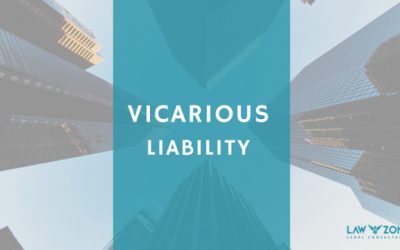 Vicarious liability is where someone is held legally responsible for the acts or omissions of someone else. Therefore...